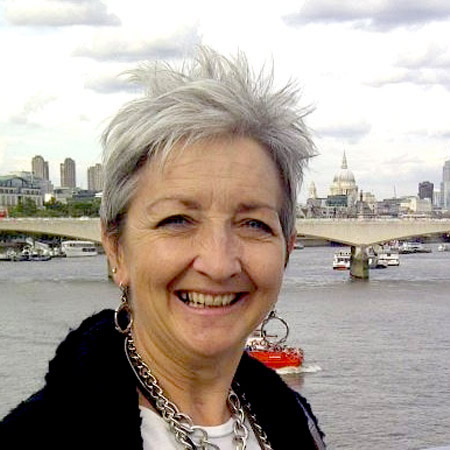 In July 2011, Pauline suffered a Subarachnoid Brain Haemorrhage after a rupture of a cerebral aneurysm. She spent 8 weeks in the Royal Hallamshire Hospital (RHH) Intensive Care and High Dependency units, and had two life-saving surgeries performed by neurosurgeon, Mr Patel. She was then transferred to the Northern General Hospital for a further 7 months, and was unable to talk or walk. Eventually, following a Cranioplasty to relieve pressure on her skull, as well as a Shunt procedure, Pauline was able to speak again, prompting Mr Patel to call her his ‘lucky miracle’.

Pauline appeared as the Cover Star of our February 2013 Newsletter and mentioned how finding out about Neurocare inspired her to help raise funds for the charity so that others with ‘broken brains’ and their families could benefit from the best life-saving facilities. Here is an update in Pauline’s own words of what she has been up to over the last year.

What’s been happening in the last year:

It’s been 2 years and 6 months since my body closed down on me.

A year ago, I wrote my Neurocare Cover Story for the Newsletter Issue 1 for 2013; I was having my life back again; it was so exciting for me. I enjoyed every minute of every day; whether it was a good day or even a bad one. Then the newspapers published my story, they even put my story online, worldwide; it went so far afield which was wonderful. Some magazines even took my story to publish.

My English language became stronger, for speaking and writing. My achievement then was writing my blob/blog as I had no idea of how to work out a blog facility; now I produce my blob/blog all by myself. My brother-in-law David, assisted me in all the technology that I needed to know. It’s been a great achievement for me. I’ve also been to Picture at Parade in Killamarsh, and I have followed what Keith Fish, the art tutor has taught me in painting.

I go to WEA for my education, I do Qigong, Thai Chi, Creative Writing and Art.
I have given out two pictures as gifts; one in Oils for Chesterfields MP, Mr Toby Perkins and then a Water Colour painting for my special Neurosurgeon, Mr Patel in Hallamshire Hospital, Sheffield.

I moved to Chesterfield last year, I seem to have accidently bumped into the most interesting and exciting people that I would never have thought of meeting before my Subarachnoid Haemorrhage!

Media Students at Chesterfield College have taken some videos of me with a moustache for Movember, awareness for prostate and testicular cancer and mental health. I have met with author/ess’s, the Mayor and MP and now Ashley Powell, Miss Great Britain. I have a few charity events coming up soon and pleasantly; Neurocare is my biggest charity event.

Chesterfield College’s Beauty and Holistic Department are currently preparing my feet and legs for the Neurocare Head Start event in Rother Valley Country Park. I need to bring down my 5km time on what I had achieved last year. I’m doing trial walks just now and feeling hopeful!

What an exciting life I seem to be having these days! A great result for me.